Described as ‘Scotland’s answer to Route 66’, the North Coast 500 stretches along Scotland’s far northern coastline, taking in some of the most breathtaking views the country has to offer.

The 516 mile NC500 was recently named the most spectacular drive in the UK, beating out routes like the South West Coastal Pass, a route across picturesque Cornwall and the A519 Kendal to Keswick in Cumbria.

The route itself begins at Inverness Castle before it heads north on the A862 through Dingwall and on to the Black Isle.

From there, it skirts the coastlines of Sutherland and Caithness before coming down into Wester Ross and the Applecross peninsula before turning inland back towards Inverness.

We all know that Scotland has some of the most beautiful scenery in the world. From the Grampian Mountains in the Highlands to the rolling green hills of the Scottish Borders; stunning beaches; endless forests; and a landscape with a kaleidoscope of colours.

Several years ago my wife and I decided to do some exploring, and see something of Scotland for ourselves. We spent most of our time in the North Eastern corner of Scotland, and overnighted at hotels or B&Bs without pre-booking in advance.

Earlier this year some good friends told us about the North Coast 500 route, a suggested coastal road trip of more than 500 miles around Scotland’s north coast which begins and ends in Inverness. Having done our research we decided to do the trip in early June, driving the anti-clockwise route, booking our hotel accommodation in advance to ensure we always had somewhere to stay.

The first stage of our trip, driving north from Inverness to John O’Groats, mirrored the previous journey we’d made in the mid-1990s, but it was very noticeable that there was a great deal more traffic on the roads.

We travelled across the very North Coast of Scotland, taking in lovely towns like Thurso and Tongue, before turning south and driving down the West Coast. There were lots of places to visit, and the scenery along the way was breathtaking. Some of the beaches – set amongst sand dunes – were just beautiful and comparable with the best beaches in the world. But without crowds of people – and, sadly, also without the sunshine.

For us, the highlights of the journey were the Glen Leirg/Loch Assynt peninsula around Lochinver, and the Wester Ross peninsula taking in Shieldaig-Applecross-Lochcarron. Both sections of this part of the NCS500 route are single-track roads, with passing places every 50 yards or so.

Every driver and motorcyclist we encountered respected the rules of the road, even the motor homes, and everyone acknowledged a safe passing with a polite wave. It was impossible to drive at any speed on these roads, which was just as well as the scenery was some of the best that Scotland has to offer.

We saved the best to last, as our absolute favourite drive is from Applecross and over “the Pass of the Cattle” to the town of Lochcarron. The descent into Lochcarron is down a steep, winding, and at times narrow road, with amazing views of Loch Carron appearing and disappearing with each twist in the road. This road trip often features in motoring articles as one the best drives in the UK, and it’s easy to see why. It is an exhilarating and beautiful drive, but not for the faint-hearted.

Judging by the number of visitors, both international and domestic, the promotion of the NCS500 route by Visit Scotland would appear to have been a major success. If you want the experience of a lifetime, and if you want to see something of the beauty of Scotland, then consider taking the NCS500 drive. You won’t be disappointed. 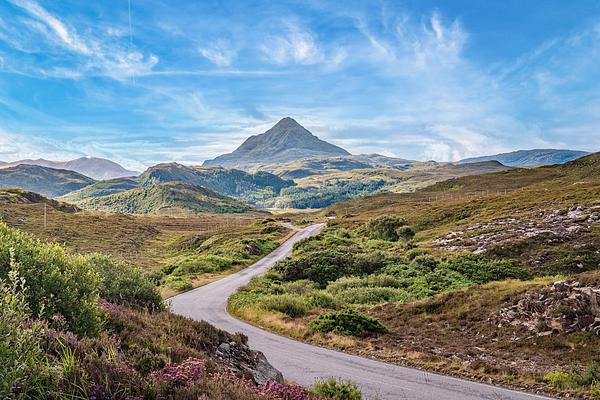 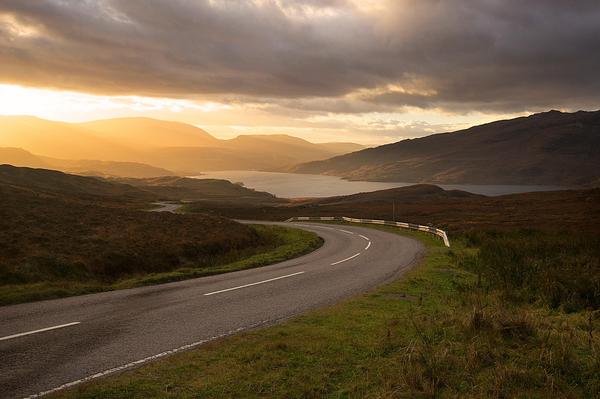 Whisky - A trip to northern Scotland wouldn’t be complete without a visit to at least one of the excellent distilleries situated close to the North Coast 500. Choose from the famous, like Glenmorangie, Old Pulteney and Dalmore, to slightly less well known like Clynelish, Glen Ord and Wolfburn. Don’t forget to also check out Dornoch Castle, which not only has one of Scotland’s best whisky bars but is also building its own distillery.

Gin - Not to be outdone by Scotland’s other spirit, the route also runs close to Dunnet Bay Distillery, home to Rock Rose Gin and Holy Grass Vodka, which is well worth visiting if you are a fan of great gin (and vodka).

Beer - Two of Scotland’s exciting new breed of breweries are also on the route, Black Isle Brewery and Cromarty Brewing, both are a must visit for any beer fan.

From fine dining to some of the best seafood in the world, you’ll be spoiled for choice on the North Coast 500.

Sutherland - Kylesku Hotel: In the remote region of Sutherland, on the shores of Loch Glendhu is situated a former coaching inn owned by Tanja Lister and Sonia Virechauviex. Winners of “Informal Dining, Restaurant of the year 2015″ the Kylesku’s restaurant and their local King Scallops and Loch Duart Salmon Tempura are a wonder to behold.

Wester Ross - The Old Inn Gairloch: The Old Inn is a traditional Highland coaching inn overlooking Gairloch harbour, which offers some of the freshest Scottish seafood accompanied by some excellent beer created in the Inn’s own microbrewery.

Sutherland - Chez Roux: A bit of a pilgrimage for UK foodies, the legendary Albert Roux’s tenure in the kitchens at Inver Lodge sees a menu that is described by Albert as “hearty country cooking using all the wonderful products from the sea, which is literally at the doorstep”. Book in advance.

Wester Ross - Torridon Restaurant: Another must visit for foodies, the Torridon offers the perfect setting for some fine dining. The 3 rosette restaurant offers daily changing 3, 4 or 7 courses menus prepared by chef David Barnett. Staff are also on hand to pair wines with each meal. 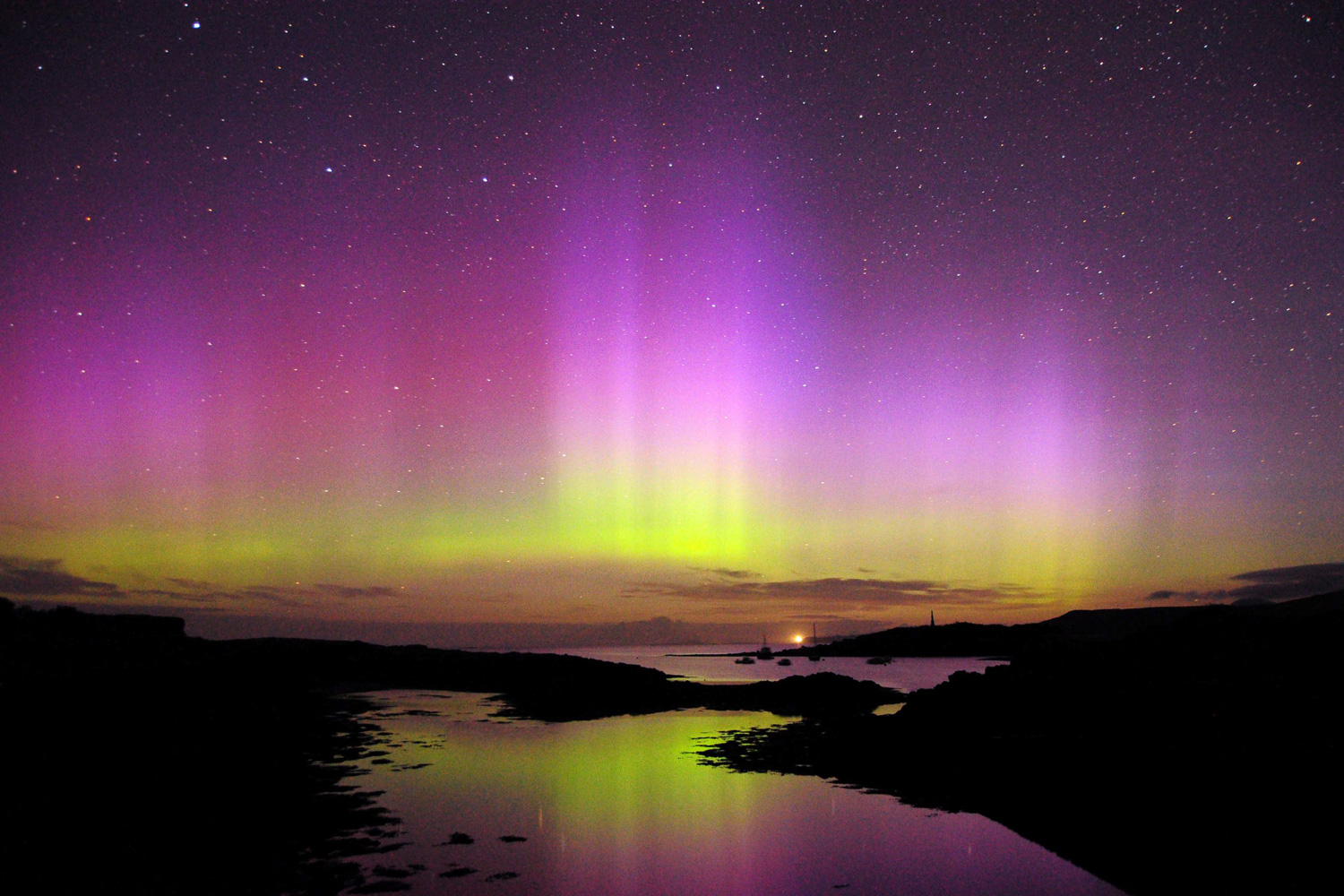 Let’s face it, other than Scandinavia (or Shetland) you’d be hard pushed to find a better place in Europe to watch the Northern Lights. Away from the light pollution of Scotland’s major cities, it’s much easier to lie back and soak in the majestic views of a clear night time sky and who knows, if you’re lucky, you may even get a guest appearance from the Aurora Borealis.
Wildlife 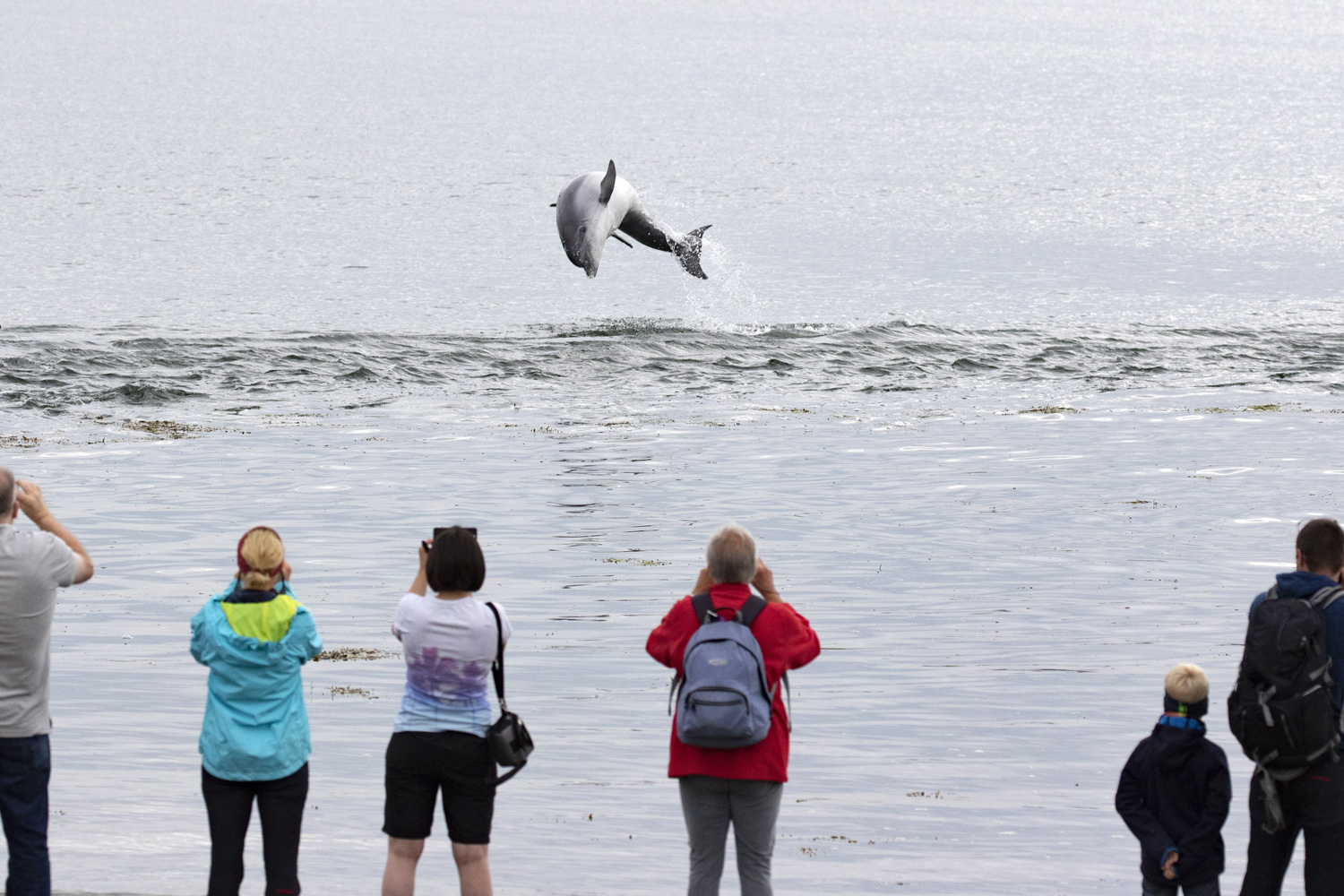 Scotland’s wildlife thrives on the northern coast and you’ll commonly see deer, grouse, hares and even the old golden eagle or two on your travels but the true treat comes in doing a bit of dolphin spotting in places like the Moray Firth.
Castles 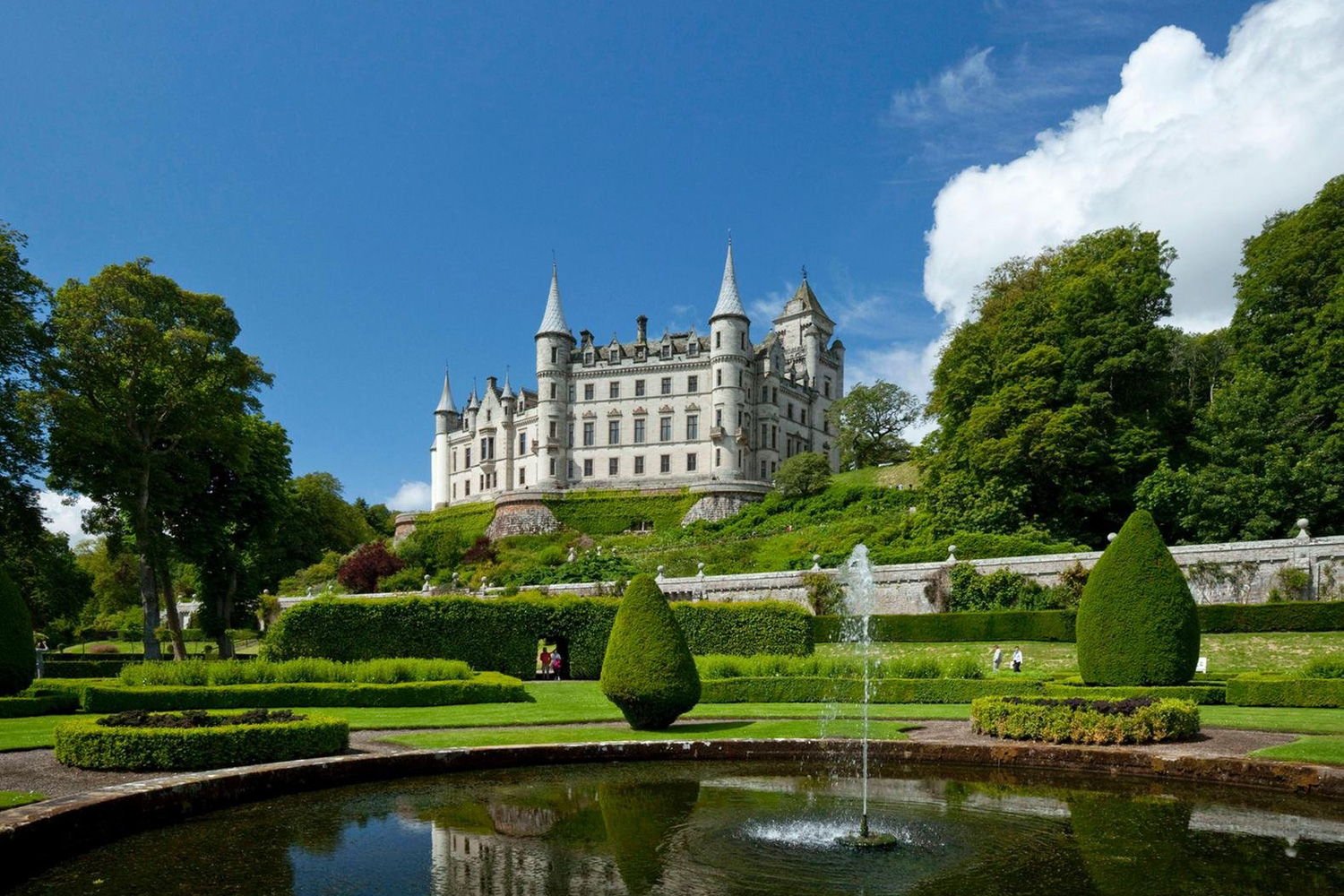 According to Visit Scotland, there are 48 inspiring structures to take in along the way including the idyllic Dunrobin and Urquhart Castles.
Smoo Cave 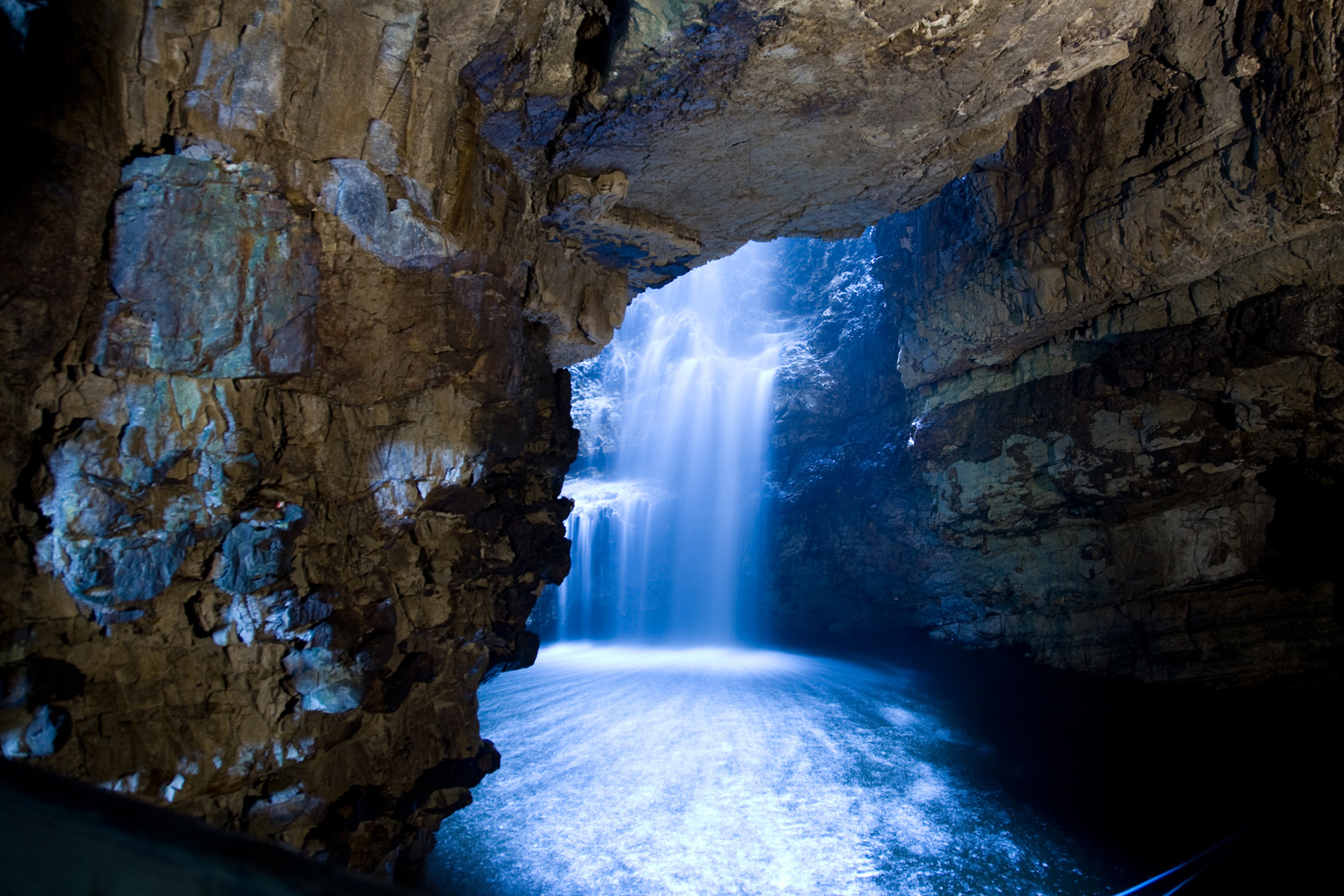 Located near the village of Durness, Smoo cave is a stunning limestone sea cave with an entrance - one of the largest to any sea cave in Britain with a height of 50ft - that will take your breath away, and on some of the wetter days there’s even a cascading waterfall.

Prepare for any weather

Scotland is famous for its scenery, its castles and of course its transient weather, so before you head off on your journey, make sure you have a range of weather proof clothing packed even in the warmest days of summer, as you never know when the rain will appear. When it does, you’ll be prepared and you can also endure it with the knowledge that without it, Scotland wouldn’t be able to produce its national drink. Just remember the old adage - ‘Today’s rain is tomorrow’s whisky’.

Make sure you’ve thoroughly planned your trip and have places to stay before you go, it may also be wise to pack a tent, in the case that your timings are off and you are unable to reach your intended accomodation in time.

Follow the official North Coast 500 map, available from the Visit Scotland shops, your SatNav will take you the quickest route to each stop and you’ll end up missing out all the good bits! (Nicola Holland, blogger)

Take note if you're in a larger vehicle

The route is suitable for campervans and motorhomes, though organisers say the ‘Bealach Na Ba’ stretch is not suitable for larger motorhomes, caravans and inexperienced drivers due to its sharp bends and steep gradients so instead they advise taking the slip road up at the A896.

Try to spend at least two days at each stop so you have time to explore the area. I raced from Lochinver to Durness and on to John O’Groats in three days so felt like I missed out on a lot of the ‘must sees’. Also make sure and take a photo of the place name before you start taking photos of the beaches, mountains and castles on your trip. Therefore when you get home you will know which is which. I wish I had followed this tip myself. (NH, blogger)

Midges are a nusiance and are specially prevalent over the summer, it is advised you invest in Avon Skin So Soft or some other type of midge repellant.